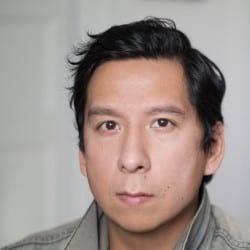 Sky Hopinka (Ho-Chunk Nation/Pechanga Band of Luiseño Indians) was born and raised in Ferndale, Washington and spent a number of years in Palm Springs and Riverside, California, Portland, Oregon, and is currently based out of Vancouver B.C. and Milwaukee, WI.  He began making films in Portland in 2011 when he also began studying and teaching chinuk wawa, a language indigenous to the Lower Columbia River Basin. His video, photo, and text work centers around personal positions of Indigenous homeland and landscape, designs of language as containers of culture expressed through personal, documentary, and non-fiction forms of media.