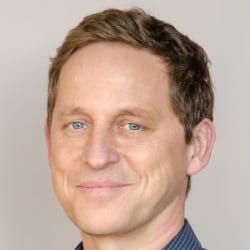 He has published on topics ranging from post-Enlightenment sociability and social thought to the recent history of human rights. He is the author of The Politics of Sociability. Freemasonry and German Civil Society, 1840-1918 (German 2000, English 2007), which has received the Hedwig Hintze Prize of the Association of German Historians, given every two years for the best first book in any historical field, and Civil Society, 1750-1914 (German 2003, English 2006, Japanese 2007). His articles have appeared in the Journal of Modern History, History and Theory, German History, Past and Present, Geschichte und Gesellschaft, New German Critique, and other academic and non-academic journals. He edited and co-edited six anthologies, most recently Human Rights in the Twentieth Century (2011), Seeking Peace in the Wake of War (2015), and, forthcoming, Sediments of Time. On Possible Histories, a new translation of Koselleck’s essays on historical theory. Currently, he is completing a conceptual history of human rights as well as Metropolis in Ruins, a history of everyday life in Berlin in the 1940s.

A recipient of grants from the Alexander von Humboldt Foundation, the Stanford Humanities Center and the Freiburg Institute for Advanced Studies, among others, he will spend the academic year 2017-2018 at the Wissenschaftskolleg zu Berlin.