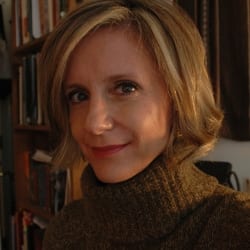 Stella Nair’s scholarship focuses on the built environment of indigenous communities and is shaped by her interests in construction technology, spatial theory, material culture studies, landscape transformations, cross-cultural exchange, and hemispheric networks. Trained as an architect and architectural historian (University of California, Berkeley), Nair has conducted fieldwork in Bolivia, Mexico, Peru, and the United States, with ongoing projects in the South Central Andes.

Nair’s publications explore a range of subjects and regions such as Tiahuanaco lithic technology, the design of Inca royal estates, colonial Andean paintings, and Brazilian urbanism. Nair’s most recent book, At Home with the Sapa Inca: Architecture, Space, and Legacy at Chinchero (University of Texas, 2015), examines the sophisticated ways in which the Inca manipulated space and architecture to impose their authority. Nair has also published (with Jean-Pierre Protzen) a book entitled The Stones of Tiahuanaco: A Study of Architecture and Construction (Cotsen 2013), which explores one of the world’s most skillful and artful carving traditions. Nair’s article “Localizing Sacredness, Difference, and Yachacuscamcani in a Colonial Andean Painting” was honored by its selection as one of thirty-two ‘greatest hits’ articles published in the last hundred years of the Art Bulletin.

Nair has received numerous research grants and fellowships, such as from the American Philosophical Association, the Center for the Study of the Visual Arts (National Gallery of Art), Dumbarton Oaks, the Fulbright Institute, the Getty Foundation, and the John Carter Brown Library.