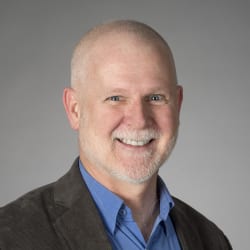 Stephen M. Fallon is John J. Cavanaugh Professor of the Humanities at the University of Notre Dame, where he has chaired both the Program of Liberal Studies and the Department of English. He is a scholar of Milton and of early modern literature and intellectual history. His first book, Milton among the Philosophers: Poetry and Materialism in Seventeenth-Century England (1991), explored the poet’s animist materialism in the context of seventeenth-century metaphysical debate. His more recent Milton’s Peculiar Grace: Self-representation and Authority (2007) examines Milton’s anomalously perfectionist self-representations against the background of early modern spiritual autobiography. With William Kerrigan and John Rumrich, he has edited The Complete Poetry and Essential Prose of John Milton for the Modern Library (2007).

During the Guggenheim Fellowship year, he will complete a book to be titled John Milton, Isaac Newton, and the Making of a Modern World, which will survey the uncanny and extensive similarities in Milton’s and Newton’s unorthodox, complex, and unified systems of thought; analyze how these systems are differently inflected by Milton’s emphatic commitment to free will and Newton’s to divine omnipotence; and investigate the intellectual networks that may have brought them into indirect conversation.

Fallon has been a visiting professor in the Department of English and the Mandel School for Advanced Studies in the Humanities at the Hebrew University of Jerusalem and in the School of Communications and Arts at the University of Queensland in Brisbane. He has been awarded fellowships by the National Endowment for the Humanities (twice), the American Council of Learned Societies (declined), the Lady Davis Foundation, the Mandel Institute, and the Woodrow Wilson Foundation. He has received the Milton Society of America’s lifetime achievement award, and he subsequently served as the society’s president.

Fallon co-founded and continues to teach a course on literary and philosophical classics at the South Bend Center for the Homeless, and serves on the Faculty Steering Committee for the Notre Dame/Holy Cross College liberal arts degree program at Indiana’s Westville Correctional Facility, where he has taught Shakespeare and Milton.