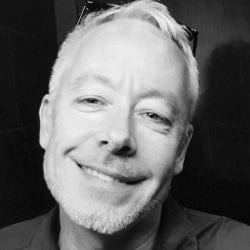 Steve Rowell is an artist who works with photography, moving image, sound, installation, maps, and spatial concepts to produce complex multicomponent works. His practice investigates terrains of perception, nonhuman intelligence, ecologies, and technology in the landscape. Steve contextualizes the morphology of the built environment with the surrounding medium of Nature, appropriating the methods and tools of the geographer and archaeologist. Born in Houston, Steve has been based in Los Angeles, Oxford, Berlin, Washington, D.C., and Chicago over the past twenty years. Currently, he lives in Minnesota and teaches in Kansas City.

His work has been exhibited internationally at a range of galleries and museums, including MoMA PS1 and Storm King in New York, the Museum of Contemporary Art and the Museum of Contemporary Photography in Chicago, Ballroom Marfa, the Center for PostNatural History, the California Museum of Photography, the 2006 Frieze Art Fair in London, Groundwork 2018 in Cornwall, and nGbK and the Haus der Kulturen der Welt in Berlin. The themes he has engaged with in his work include dark money, invisible infrastructure and networks, submerged networks, edgelands and fringes, speculative futures, geologic time, cyberwarfare, aerial perspective, orbital omniscience, extraction, and subsidence. From 2001 to 2013, Steve collaborated with the Center for Land Use Interpretation on projects covering a spectrum of themes such as the displacement of water in California, the materiality of the Internet, existential parking and traffic feedback loops in Los Angeles, emergency simulation architecture, a terminal island at the center of the US trade deficit, submerged towns, cities of gravel, maps of dirt, disintegrating mountains, dead malls, an undead ghost town, the frozen food chain, and a trilogy about oil: flowing across Alaska, seeping beneath Southern California, and pumping out of and back into the heart of Texas. The works from these projects have been exhibited at museums, galleries, and biennials worldwide.

Awards and honors that Steve has earned include the Erna Plachte scholarship at the University of Oxford (2016); grants from Creative Capital (Emerging Fields 2013) and the Graham Foundation for Advanced Studies in the Fine Arts (2013); artist residencies at the Zentrum für Kunst und Urbanistik (2016) and Fogo Island Arts (2013); as well as fellowships at the Villa Aurora Berlin (2016), the University of Applied Arts Vienna (2011) and Newcastle University (2010).

During his Guggenheim fellowship, Steve will finish a final cut of his Oxford thesis film, Humans Lived Here Once, which reflects his research on existential threats. The majority of his fellowship will be dedicated to completing his Creative Capital supported project, Uncanny Sensing, Remote Valleys, which will premiere in early 2020 as a multiscreen installation, a series of photographs for publication, and as a film for the festival circuit. Uncanny Sensing, Remote Valleys is aimed at investigating ecology, postnatural landscapes, and the philosophical dilemma of the anthropic principle. The title of the project is a reconfiguration of the terms “remote sensing” (a method of data collection from the physical world via sensors and other remote technology) and “uncanny valley” (the cognitive dissonance caused by lifelike replicas of living things).