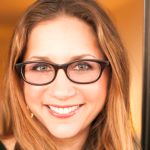 Author and translator Susan Bernofsky directs the program Literary Translation at Columbia in the M.F.A. Writing Program at the Columbia University School of the Arts. Among her many published translations are retranslations of Hermann Hesse’s Siddhartha (Modern Library, 2006) and Franz Kafka's classic black comedy of nightmarish transformation, The Metamorphosis (Norton, 2014). She specializes in the work of the great Swiss-German modernist author Robert Walser: she has translated seven of his books, including Microscripts, Berlin Stories, and The Walk, and is writing his biography. Her translation of Jeremias Gotthelf's nineteenth-century tale of horror, The Black Spider, was published in 2013 by New York Review Books Classics. Her most recent translation, of Jenny Erpenbeck’s novel The End of Days, is forthcoming from New Directions in November 2014. Her new libretto for Mozart’s The Magic Flute premieres in May 2014 at the Opera Theatre of St. Louis in a production by Isaac Mizrahi with choreography by John Heginbotham and conducted by Jane Glover. Her previous awards include the 2006 Helen and Kurt Wolff Translation Prize and the 2012 Hermann Hesse Translation Prize of the City of Calw, as well as grants and fellowships from the American Council of Learned Societies, the PEN Translation Fund, the National Endowment for the Arts, the National Endowment for the Humanities, the Leon Levy Center for Biography at the CUNY Graduate Center, and the Lannan Foundation. She currently serves on the Board of the American Literary Translators Association and chairs the Translation Committee of the PEN American Center. In 2013 she co-edited (with Esther Allen) the Columbia University Press anthology In Translation: Translators on Their Work and What It Means, featuring thoughts on translation by leading voices in the field. Profile photograph by Caroline White Follow this link to view Susan Bernofsky's translation blog