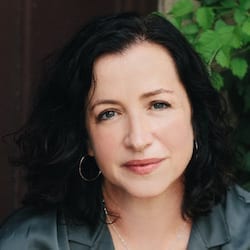 Susan Murray is a media studies scholar and historian who uses television as an entry point to analyze post-war era technology, culture, design, aesthetics, and industry. She is Professor of Media, Culture, and Communication at New York University and is the author of Bright Signals: A History of Color Television (Duke University Press, 2018) and Hitch Your Antenna to the Stars: Early Television and Broadcast Stardom (Routledge, 2006). In 2019, Bright Signals received the Katherine Singer Kovacs Book Award by the Society for Cinema and Media Studies and the Michael Nelson Book Prize by the International Association for Media and History. She is currently writing a history of the development and use of closed-circuit television as essential infrastructure and form of automation for a set of diverse fields such as medicine, education, business, manufacturing, and the military. The aim of this work is to better understand the technology as an aid to the expansion of U.S. post-war consumer society, industrial science, and social reform, as well as to consider it as a pre-history to our current moment of increasingly expansive and invasive deployment of digital-based surveillance and our even more recent reliance upon digital video connection for social distancing.