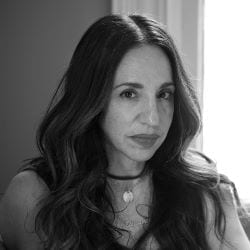 Susan Steinberg is the author of four books of fiction, Machine (Graywolf), Spectacle (Graywolf), Hydroplane (FC2),and The End of Free Love (FC2).  Her work has appeared McSweeney's, American Short Fiction, The Gettysburg Review, Conjunctions, Zyzzyva, Bomb online, The Believer online, Boulevard, The Massachusetts Review, Quarterly West, Denver Quarterly, and other literary journals.  She has been the recipient of a United States Artist Fellowship, a National Magazine Award, and the Pushcart Prize.  She has held residencies at Yaddo, the MacDowell Colony, the Civitella Ranieri Center, the Virginia Center for the Creative Arts, the James Merrill House, the Millay Colony, Vermont Studio Center, the Wurlitzer Foundation, Jentel, Blue Mountain Center and Ledig House.  She earned a BFA in Painting from the Maryland Institute College of Art and an MFA in English from the University of Massachusetts, Amherst.  She is Professor of English at the University of San Francisco and was the Bedell Distinguished Visiting Professor in the Creative Nonfiction Program at the University of Iowa. Photo Credit: Noah Doely