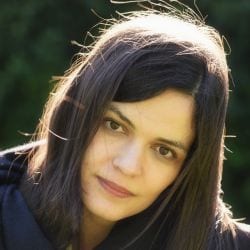 Susanna Berger is Assistant Professor of Art History at the University of Southern California. Her research and teaching explore diverse facets of art and visual culture from printed and drawn illustrations of philosophical knowledge to central works in the history of European early modern painting. Her first book, The Art of Philosophy: Visual Thinking in Europe from the Late Renaissance to the Early Enlightenment, appeared with Princeton University Press in 2017. It was awarded the 2018 Bainton Art and Music Prize for the best book in English in the field of early modern art or music from the Sixteenth Century Society and Conference. This project is a transnational study of the relations between images and philosophical knowledge in early modern Italy, England, Germany, the Netherlands, and France. The central thesis of the book is that in this period the production and contemplation of visual art were conceived as activities essential to philosophical thought, not supplementary exercises. A Chinese translation is forthcoming in 2021.

Berger joined the faculty of the USC Department of Art History in 2016; she was previously a member of the Society of Fellows at Princeton University. She taught as a volunteer in the Prison Teaching Initiative in New Jersey while at Princeton. In 2019, in addition to the Guggenheim, Berger was awarded a Humboldt Fellowship for Experienced Researchers, a Beaufort Visiting Scholarship at St John’s College, University of Cambridge, and an American Council of Learned Societies Fellowship. Her work has previously been supported by fellowships from Villa I Tatti, the Harvard University Center for Italian Renaissance Studies, the Zentralinstitut für Kunstgeschichte in Munich, the Warburg Institute, the Huntington Library, the Center for Advanced Study in the Visual Arts at the National Gallery of Art in Washington, D.C, and St. Anne’s College, University of Oxford. Berger received her B.A. from Columbia University in 2007 and her Ph.D. from the University of Cambridge in 2012.