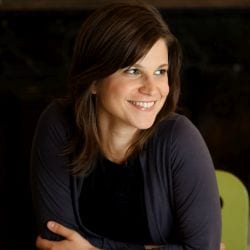 Suzanne Farrin’s music has been performed by some of the great musicians of today across Europe and the Americas. Her opera, dolce la morte, was premiered at the Metropolitan Museum of Art in 2016. Anthony Tommasini wrote, “Bringing out the shattering honesty of Michelangelo’s poetry, Ms. Farrin set the words to music of aching intensity…” (New York Times) Recent premieres include Hypersea for the JACK Quartet for the 2017 BBC Proms and the diamond in the square for So Percussion at the National Gallery of Art.

In addition to composing, Suzanne is a performer of the ondes Martenot. Her life as an interpreter and improviser has taken her to venues such as the Abrons Arts Center in NYC, the Teatro Colón in Buenos Aires as well as film and television. She was featured recently as a ondist in Chicuarotes, an upcoming feature-film directed by Gael Garcia Bernal, as well as the Iranian film Sade Ma’bar (Blockage) directed by Mohsen Gharaie.

Suzanne is the Frayda B. Lindemann Professor of Music and Chair at Hunter College and The CUNY Graduate Center, where she teaches composition. She holds a doctorate in from Yale University. Corpo di Terra and dolce la morte (New Focus Recordings) are recordings devoted entirely to her work, which may also be heard on the VAI, Signum Classics, Tundra and Albany Records labels. She was the 2017 Frederic A. Juilliard/Walter Damrosch Rome Prize winner in composition.