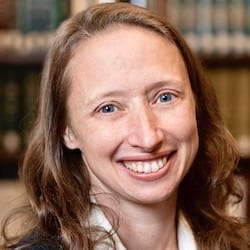 Tara Zahra is Homer J. Livingston Professor of History at the University of Chicago. She is most recently the author of The Great Departure: Mass Migration and the Making of the ‘Free World’ (Norton, 2016). Her previous books include The Lost Children: Reconstructing Europe's Families after World War II (Harvard University Press, 2011) and Kidnapped Souls: National Indifference and the Battle for Children in the Bohemian Lands (Cornell, 2008). Her current projects include a co-authored history of World War I in the Habsburg Empire (with Pieter Judson), and a history of deglobalization in interwar Europe.