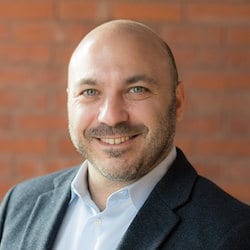 Tarek El-Ariss is Professor and Chair of Middle Eastern Studies at Dartmouth College. He studied philosophy and comparative literature at the American University of Beirut, University of Rochester, and Cornell University. Working across disciplines and languages, he examines the concepts of modernity, the nation, the subject, and community in Arabic and comparative literature, visual and popular culture, and new media. His work seeks to explain contemporary phenomena and historical narratives by charting new research trajectories. While his first book Trials of Arab Modernity: Literary Affects and the New Political (Fordham, 2013) examines the Arab encounter with Europe in the modern age, his second book Leaks, Hacks, and Scandals: Arab Culture in the Digital Age (Princeton, 2019) explores the Arab encounter with cyberspace. He is the editor of The Arab Renaissance: A Bilingual Anthology of the Nahda (MLA, 2018) and co-editor of Queer Affects, Special Issue of International Journal of Middle Eastern Studies (2013). He is the recipient of the EUME fellowship at the Forum for Transregional Studies in Berlin (2012-13) and of the American Council of Learned Societies (ACLS) (2015-16). His work has been reviewed in The New York Times, Times Literary Supplement, and Choice.