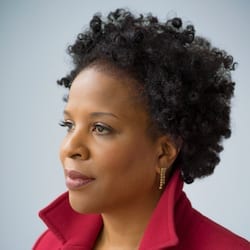 Jones has also been a recipient of the Hurston/Wright Legacy Award, United States Artist Fellowship, NEA Fellowship, and Radcliffe Institute Bunting Fellowship. Her third novel, Silver Sparrow, was added to the NEA Big Read Library of classics in 2016. She is a graduate of Spelman College, University of Iowa, and Arizona State University. She is an Andrew D. White Professor-at-Large at Cornell University and the Charles Howard Candler Professor of Creative Writing at Emory University.

With her debut Leaving Atlanta (2002), Jones established the qualities of her fiction that would become her calling card—the city of Atlanta as setting, the intersection of social justice and domesticity as theme, and alternating points of view as structure. More information about her publications and engagements can be found on her website.