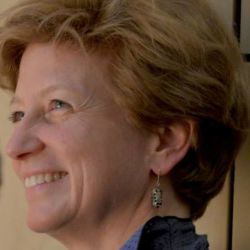 Tess Lewis is an essayist and translator from French and German. She has translated works by Peter Handke, Alois Hotschnig, Doron Rabinovici, Pascal Bruckner, E. M. Cioran, Jean-Luc Benoziglio, Anselm Kiefer, and Klaus Merz. She has been awarded translation grants from PEN USA and PEN UK, and an NEA Translation Fellowship. Most recently, she won a Max Geilinger Translation Award for her translation of the Swiss poet Philippe Jaccottet’s philosophical narrative Obscurity and the Austrian Cultural Forum’s 2015 Translation Prize for Angel of Oblivion by Maja Haderlap. Ms. Lewis’ essays have appeared in a number of journals and newspapers including The New Criterion, The Hudson Review, World Literature Today, The American Scholar, and Bookforum. She served on the Board of the National Book Critics Circle and has been an Advisory Editor for The Hudson Review for almost two decades. In 2014 and 2015, Ms. Lewis curated Festival Neue Literature, New York City’s premiere annual festival of German language literature in English. This festival showcases emerging German-language writers who are not yet translated into English, or only minimally so by bringing two writers from each country—Austria, Germany, and Switzerland—to New York City for a week of readings and literary events. Ms. Lewis is grateful to the John Simon Guggenheim Foundation for supporting her translation of Notizen, the Swiss writer Ludwig Hohl’s compilation of philosophical and literary notes, reflections, and aphorisms. Profile photograph by John Harris.