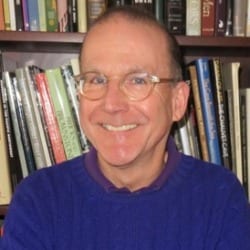 My first book, The Grizzly Bear, considered a wild animal that did not get along with people’s concerns well at all—from agriculture to automobiles—and was therefore nearing extinction in the Greater Yellowstone Ecosystem. Having learned that Yellowstone as a whole was in trouble too, I began to work actively for its conservation. I served on the board of the Greater Yellowstone Coalition and was for years involved in the effort to bring back to Yellowstone another animal that had also proved inconvenient to some humans, so inconvenient that the gray wolf had become the only native species entirely missing from that great wild place. Wolves were at last restored in January 1995, and I was at work on my book The Return of the Wolf to Yellowstone in December of that year when a tiny black kitten was, unimaginably, abandoned at the head of my driveway in Montana and somehow survived the quarter-mile walk, deep in a tire rut in the snow, to the barn where I found her the next morning.

I did not understand then that Augusta would be as mysterious and inscrutable a creature as a bear or a wolf. In fact I hardly thought of her as a subject of rigorous scientific scrutiny at all until fifteen years later, when Augusta’s death left an agonizing hole in my life. I wanted then to know who, really who, and really what, my beloved cat had been, and how, and why. And so began my exploration of a species that turns out to be, in its nature, just as wild as the grizzly and the gray wolf.