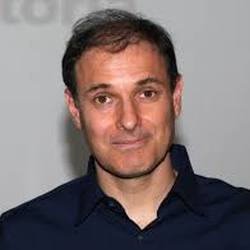 Thomas Miller Klubock is Professor of History, Director of Latin American Studies, and Co-Director of the Centro de las Américas/Americas Center at the University of Virginia. He received his PhD in history from Yale University and BA in history and philosophy from Haverford College. His recent book, La Frontera: Forests and Ecological Change in Chile’s Frontier Territory (Duke University Press, 2014), received the Bolton-Johnson Prize from the Conference on Latin American History, the Bryce Wood Book Award from the Latin American Studies Association (co-recipient), and the Charles A. Weyerhaeuser Award from the Forest History Society. He is also the author of Contested Communities: Class, Gender, and Politics in Chile’s El Teniente Copper Mine, 1904-1951 (Duke University Press, 1998) and co-editor of The Chile Reader: History, Culture, and Politics (Duke University Press, 2013). He has won fellowships from, among others, the American Council of Learned Societies, Fulbright, and the National Humanities Center. Klubock’s current book project, Nation of Rivers: A History of Water and Water Wars in Modern South America, is an environmental history of rivers in Chile, with a focus on the borderlands between Chile, Argentina, and Bolivia. The book develops his interest in the relationship between social and ecological change by exploring the history of local, regional, and transnational struggles over water and water rights in South America during the nineteenth and twentieth centuries.