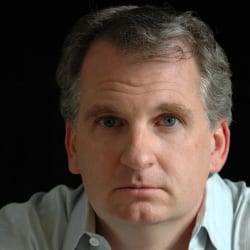 Timothy Snyder is an American historian of eastern and central Europe. He is the Richard C. Levin Professor of History at Yale University and a permanent fellow at the Institute for Human Sciences in Vienna. He received his doctorate from the University of Oxford in 1997, where he was a British Marshall Scholar.

Snyder is the author most recently of three prizewinning bestsellers. Bloodlands: Europe Between Hitler and Stalin (2010), which won twelve awards and has been translated into thirty-three languages, is a new kind of European history, presenting the mass murders committed by the Nazi and Stalinist regimes as two aspects of a single history, in the time and place where they occurred: between Germany and Russia, when Hitler and Stalin both held power. Snyder followed Bloodlands with Black Earth: The Holocaust as History and Warning (2015), arguing that by overlooking basic lessons of the Holocaust, we have misunderstood modernity and endangered the future. Black Earth has likewise received numerous distinctions, including the award of the Dutch Auschwitz Committee, and has been translated into more than thirty editions. Snyder’s latest book, On Tyranny: Twenty Lessons of the Twentieth Century (2017), is a manifesto drawn from his reading of twentieth century history and a manual for civic. On Tyranny rapidly became a bestseller in the United States and will apeear in more than twenty foreign editions.

Snyder’s earlier award-winning work includes Nationalism, Marxism, and Modern Central Europe: A Biography of Kazimierz Kelles-Krauz (1998, second edition 2017); The Reconstruction of Nations: Poland, Ukraine, Lithuania, Belarus, 1569-1999 (2003); Sketches from a Secret War: A Polish Artist’s Mission to Liberate Soviet Ukraine (2005); and The Red Prince: The Secret Lives of a Habsburg Archduke (2008). In a very special project, Snyder helped his friend, the distinguished historian and intellectual Tony Judt, to compose a thematic history of political ideas and intellectuals in politics, Thinking the Twentieth Century (2012). He is also the co-editor of scholarly books on border control, Stalinism, and the Balkans.

Snyder sits on the editorial boards of the Journal of Modern European History and East European Politics and Societies. His scholarly articles have appeared in Past and Present, the Journal of Cold War Studies, and other journals; he has also written for The New York Review of Books, Foreign Affairs, The Times Literary Supplement, The Nation, and The New Republic as well as for The New York Times, The Wall Street Journal, and other newspapers. Snyder was the recipient of an inaugural Andrew Carnegie Fellowship in 2015 and received the Havel Foundation prize the same year. He has received state orders from Estonia, Lithuania, and Poland. He is a member of the Committee on Conscience of the United States Holocaust Memorial Museum, is the faculty advisor for the Fortunoff Collection of Holocaust Testimonies at Yale, and sits on the advisory councils of the Yivo Institute for Jewish Research and other organizations.

During the Guggenheim Fellowship year, Snyder will be working on a new book project titled Brotherlands, a family history of the modern nation.