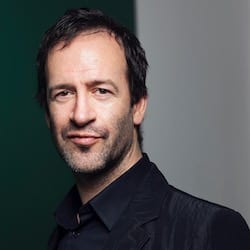 I’m a historian who studies the “end of empires,” so-called decolonization, and how empire continued to matter afterwards, especially in France and Algeria. To grapple with the Algerian history of France, my writings take identity claims that other scholars have shown at work in controlling overseas territories, to demonstrate the ways that they also defined the government of French people in Europe. I’m the Arthur O. Lovejoy Professor at Johns Hopkins University.

My first book, The Invention of Decolonization: The Algerian War and the Remaking of France (2006), is a history of the close of the Algerian War (1954-1962) and the difficult re- negotiation of French state structures and national identity that resulted. A second monograph, Sex, France, and Arab Men, 1962-1979 (2017), is a study of how “sexual Orientalism” re-emerged in post-decolonization French politics, in the years between Algeria’s independence and the late 1970s. My current book project, “Affirmative Action at the End of Empires” explores the key role social welfare policy played in French efforts to thwart Algerian independence. These efforts failed, yet this extensive campaign gave shape to the “social citizenship” (post-class) approach to welfare that still undergirds French social policies. Find a selection of other publications here.