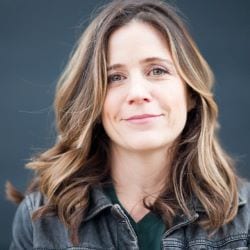 Tracy Droz Tragos is a writer, filmmaker, and mother of two daughters, drawn to issues involving women, inequality, and rural America. At an early age, Tracy found solace in storytelling, watching Vietnam War movies and making a connection with the father she never knew, a U.S. Navy officer who died in Vietnam when she was a baby. Tracy's work includes Abortion: Stories Women Tell, the HBO documentary telling intimate stories of unplanned pregnancies, resilience and personal tragedy; Smartest Kids in the World, a documentary about the crisis in U.S. high school education, and Be Good, Smile Pretty, an Emmy Award-winning documentary about the grief and healing of survivors of the Vietnam War. With Rich Hill, Tracy embedded in the homes of low-income families in rural Missouri to give voice to the at-risk teenagers there. Among other awards, Rich Hill won the Grand Jury Prize for U.S. Documentary at the 2014 Sundance Film Festival. Since then, Tracy has continued filming with these Missouri families with a focus on Sarah, whom Tracy met in 2012, who became pregnant at age 15 – and is now a mother of three. More about Tracy's work can be found on her website. Photo Credit: Chris Tragos