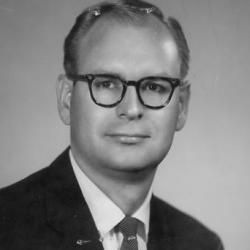 His first book was A Handbook of Theological Terms (1964), which relates traditional theological terms to their re-conceptualization in the light of issues arising in the 19th and 29th century. His second book, The Historian and the Believer (1966,1996) together with many articles, reflected the intellectual concerns that dominated his career until the 1980s; namely, the intellectual challenges to traditional Christian belief posed by biblical criticism and still unresolved by theologians attempting to reconcile them. These problems have principally to do with the relationship between historical investigation of the historical Jesus and theological claims about him.

One commentator has characterized Mr. Harvey’s career after 1980 as having been transformed from theologian into skeptical student of religion. This transformation is evident in many articles about nineteenth-century critics of religion but preeminently in his book Feuerbach and the Interpretation of Religion (1995) that won the 1996 American Academy of Religion’s award for excellence in constructive-reflective studies.

Mr. Harvey has been awarded an honorary degree in the Humanities from Occidental College, two John Simon Guggenheim Fellowships (1966 and 1972), a National Endowment of the Humanities Fellowship (1979), a Visiting Fellowship from Clare Hall, Cambridge University (1979), and distinguished teaching awards from both the University of Pennsylvania and Stanford University.