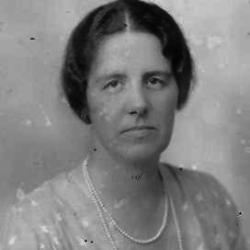 BROWN, VERA LEE:  Appointed for a study in the archives of England, Spain and Mexico, of the relations of England and Spain as colonial powers in the Eighteenth Century; tenure, twelve months from July 1, 1931.