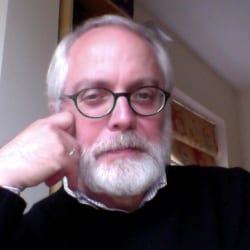 Victor Caston is Professor of Philosophy and Classical Studies at the University of Michigan, Ann Arbor. He works on the history of ancient Greek and Roman philosophy, from the Presocratics and Sophists to the Neoplatonists, but has concentrated especially on Aristotle and the Aristo-telian tradition, as well as Stoicism. His primary interest is in the philosophy of mind and he has written extensively on ancient discussions of consciousness, intentionality, mental representation, mental causation, and the mind-body problem.

While holding the Guggenheim Fellowship, his project is to complete a book on the Stoics’ theory of content and mental representation. Although popularly remembered for their ethical theory, the early Stoics were no less influential in their own time for their philosophy of mind and action, which in turn had a profound effect on the later course of Western philosophy. Current discussions of mental representations and propositional attitudes owe much to early modern philosophers, from Descartes to Hume, who were themselves working within a framework established by the Hellenistic philosophers. Caston’s book traces the development of the early Stoic theories that set these ideas in motion.

Caston was educated at Yale University (B.A., 1984), King’s College London, and The University of Texas at Austin (Ph.D., 1992), and previously held positions at Brown University and the University of California, Davis, before being appointed at Michigan in 2005. He has received fellowships from the National Endowment for the Humanities; the American Council of Learned Societies; the Center for Advanced Study in the Behavioral Sciences; the Center for Hellenic Studies; and Clare Hall, Cambridge, where he is Life Member.

He is currently editor of Oxford Studies in Ancient Philosophy.