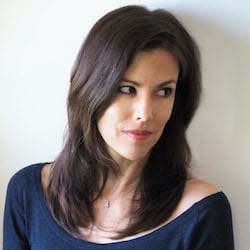 Victoria Johnson is Professor of Urban Policy and Planning at Hunter College of the City University of New York, where she teaches on nonprofits, arts management, and New York City history. She earned her undergraduate degree in philosophy from Yale in 1991 and her Ph.D. in sociology from Columbia in 2002. Before joining Hunter College in 2015, she taught for thirteen years at the University of Michigan in Ann Arbor. In 2015-2016, she was a fellow of the Cullman Center for Scholars and Writers of the New York Public Library.

Victoria’s most recent book, American Eden (Liveright, 2018) won the 2018 New York City Book Award from the New York Society Library and the 2018 John Brinckerhoff Jackson Prize from the Foundation for Landscape Studies. American Eden was a New York Times Notable Book of 2018 and a finalist for the 2018 National Book Award in Nonfiction, the 2018 Los Angeles Times Book Prize in Biography, and the 2019 Pulitzer Prize in History. She is currently working on a biography of the nineteenth-century American painter Frederic Church, whose estate, Olana, is preserved near the town of Hudson, New York.