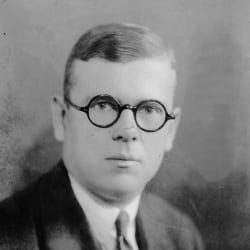 Brown, William Norman: Appointed for research in Jainism, especially a study of the legends and history centering around the sage Kãlaka, as preserved in Sanskrit and Prakrit texts, of the texts themselves, and of the art of the paintings illustrating certain manuscripts of those texts; principally in India, preceded by a short period in Europe; tenure, fifteen months from June 1, 1928.