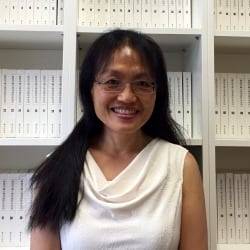 Her books include Enchantment and Disenchantment: Love and Illusion in Chinese Literature (1993), The Readability of the Past in Early Chinese Historiography (2007), and Women and National Trauma in Late Imperial Chinese Literature (2014), for which she was awarded the Water Channing Cabot Fellowship at Harvard University in 2015 and the Joseph Levenson Prize from the Association of Asian Studies in 2016. Li is also a contributing author and co-editor of Trauma and Transcendence in Early Qing Literature (2006) and The Oxford Handbook of Classical Chinese Literature (1000 BCE-900 CE) (2017). Her translations of thirteenth and fourteenth century plays are included in The Columbia Anthology of Yuan Drama (2014), which she co-edited with C.T. Hsia and George Kao. In collaboration with Stephen Durrant and David Schaberg, she translated Zuozhuan (ca. fourth century BCE), a foundational text in the Chinese tradition. This translation, entitled Zuo Tradition/Zuozhuan: Commentary on the “Spring and Autumn Annals” (2016), received the Patrick D. Hanan Translation Book Prize from the Association of Asian Studies in 2018.

As a Guggenheim Fellow, Li will be completing a book on the intersections of material culture, aesthetics, literature, and intellectual history in late imperial China. Entitled “The Paradoxes of Things: Life and Art in Late Imperial China,” it focuses on the period spanning late sixteenth to late seventeenth century because of its rich sources on material culture and its interest in recording the perception and experience of things. The fall of the Ming dynasty (1644) brings into sharp focus the paradoxical concerns underlying the discourses on things: How can things be both external and internal? How can their meanings be both social and idiosyncratic? Why is “the real thing” an elusive or expendable ideal? How can one own what is irrevocably lost? Her book explores whether and how a new discourse of things marks a turning point in Chinese history and literature.