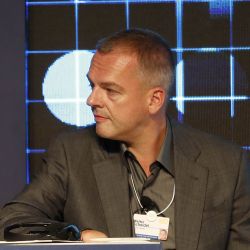 Walter Scheidel works on ancient social and economic history and is particularly interested in comparative and transdisciplinary approaches to the study of the premodern world. After stints at Vienna, Cambridge, Paris, Innsbruck and Chicago he moved to Stanford in 2003 where he is now the Dickason Professor in the Humanities, Professor of Classics and History, and Catherine R. Kennedy and Daniel L. Grossman Fellow in Human Biology. He has published three monographs on Roman agrarian history and demography and has edited or co-edited a dozen other books including, most recently, State Power in Ancient Rome and China and (with Andrew Monson) Fiscal Regimes and the Political Economy of Premodern States. Together with Elijah Meeks he created the interactive website Orbis: The Stanford Geospatial Network Model of the Roman World, which has been widely recognized as a pioneering simulation tool. Scheidel is currently working on a global history of the determinants of wealth and income inequality from antiquity to the present, which will be published by Princeton University Press.