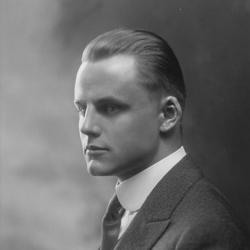 Silz, Walter: Appointed for a study, in certain German libraries, of Heinrich von Kleist, aiming at a literary delimitation of Kleist, the establishment of his relationship to his literary contemporaries and predecessors, and of his place in German literary history; tenure, twelve months from August 1, 1926.