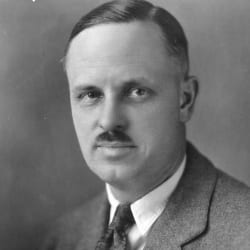 Campbell, Walter Stanley (Pseud. Stanley Vestal):  Appointed to make a study of the Plains Indians, their foes, allies and neighbors along the Canadian Boundary, and to write a biography of the Indian leader, Sitting Bull; tenure, twelve months from June 1, 1930.