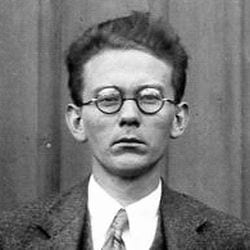 Luyten, Willem Jacob: Appointed to take a large number of photographs of the southern sky, with the Bruce telescope of the Harvard Observatory, at Mazelspoort, South Africa, with a view to comparing these plates with similar plates taken between 1896 and 1905 to obtain information concerning the number, velocities and intrinsic brightnesses of the stars in the neighborhood of the sun; tenure, twelve months from July 1, 1928.

Publications: Articles in Monthly Notices of the Royal Astronomical Society, Astronomische Nachrichten, Astrophysical Journal, Astronomical Journal, Proceedings of the National Academy of Sciences, and the various publication media of the Harvard and Lick Observatories.