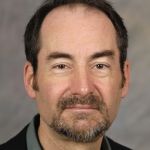 William M. Hamlin teaches Renaissance literature at Washington State University. Raised in northern Idaho, he attended Carleton College in Minnesota, where he studied philosophy and anthropology. After spending several years working at odd jobs in Vermont and New York, he returned to the Northwest and earned a doctorate in English at the University of Washington.

Mr. Hamlin’s first book, The Image of America in Montaigne, Spenser, and Shakespeare (St. Martin’s Press, 1995), examines the ways in which early ethnographic accounts of New World cultures influenced Renaissance literary creation, particularly in the works of three canonical writers. More recently he has published a second book, Tragedy and Scepticism in Shakespeare’s England (Palgrave Macmillan, 2005). Canvassing the reception and literary appropriation of ancient scepticism in Elizabethan and Jacobean England, this study concentrates on the functions of doubt in major plays by Marlowe, Shakespeare, Cary, Webster, Middleton and Ford. Hamlin has also written more than fifty essays and reviews on a wide range of topics, and he has held research fellowships from the National Endowment for the Humanities, the British Academy, the Huntington Library, and the Renaissance Society of America.

During the tenure of his Guggenheim Fellowship, Mr. Hamlin will devote his time to a project tentatively entitled Montaigne’s English Journey. A study of the reception of Montaigne’s Essays in seventeenth-century England, this project involves several interrelated tasks: examining the genesis, influence, and literary appropriation of John Florio’s English translation of Montaigne; investigating manuscript materials (diaries, letters, study notes, marginalia, commonplace books, etc.) that allude to or draw upon Montaignean thought; and identifying, describing, and explaining major patterns in the overall English response to Montaigne – both in manuscript and in print. Ultimately William Hamlin hopes to make contributions not only to Montaigne studies and English literary scholarship, but to the history of early modern reading.