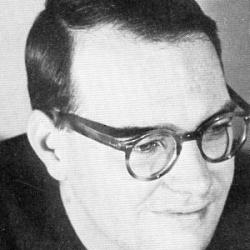 X. J. Kennedy was born Joseph Kennedy in Dover, New Jersey, in 1929, and adopted his penname to avoid confusion with better-known Joe Kennedys of Massachusetts. He is a graduate of Seton Hall (1950), Columbia (M.A., 1951), and the School of Foreign French professors of the Sorbonne (1956). In 1951-55 he served in the U.S. Navy as an enlisted journalist and photographer. He has taught at the University of Michigan, North Carolina (Greensboro), Wellesley, California (Irvine), Leeds (as Bruern Fellow in American Civilization), and Tufts, where he was Professor of English until 1968 when he resigned in order to write.

His first collection of verse, Nude Descending a Staircase (Doubleday, 1961), received the Lamont Award from the Academy of American Poets. This was followed by Breaking & Entering (Oxford UP, 1971). Cross Ties: Selected Poems (University of Georgia Press, 1985) won a Los Angeles Times Book Award. The Lords of Misrule (Johns Hopkins UP) received the 2004 Poets’ Prize, and from the same publisher, In a Prominent Bar in Secaucus: New & Selected Poems was a 2008 Notable Book of the American Library Association. Peeping Tom’s Cabin (BOA Editions, 2007) collects the best of his comic verse.

Mr. Kennedy’s work, exploring traditional rhymed metrical forms, has appeared in The Atlantic, Harper’s, The New Yorker, Hudson Review, Commonweal, The Nation, New Republic, Poetry, Sewanee Review, The Times Literary Supplement, and other periodicals including The Paris Review, which he served as poetry editor. In addition to his Guggenheim Fellowship, he has received a grant from the National Council on the Arts and Humanities, the Shelley Memorial Award, the Aiken Taylor Award for Modern Poetry from the University of the South, the Golden Rose of the New England Poetry Club, the Bess Hokin Prize of Poetry magazine, the first Michael Braude international award for light verse from the American Academy and Institute of Arts and Letters, the Award for Excellence in Children’s Poetry from the National Council of Teachers of English, and honorary degrees from Westfield State College and Lawrence and Adelphi universities. In April 2009 the Poetry Society of America recognized his life’s work in poetry with the Robert Frost Medal. His poems have been displayed on the London Underground and are twice cited in Bartlett’s Familiar Quotations.

Mr. Kennedy’s version of Aristophanes’ Lysistrata appears in The Penn Complete Greek Drama (1997). In 1998 an annual X. J. Kennedy prize for poetry, offering publication of a book, was begun by Texas Review Press, and at this writing (2009) still continues. His twenty books for children include a collected nonsense verse, Exploding Gravy (Little, Brown) and two fantasy novels: one of these, The Owlstone Crown (Atheneum, 1983) is currently in paperback (Front Street). With his wife Dorothy M. Kennedy, he has edited two anthologies of verse for children, both still in print: Talking Like the Rain (1992) and Knock at a Star: A Child’s Introduction to Poetry (1982, revised, 1999). More than five million students have studied literature and writing from his textbooks, among them An Introduction to Poetry, now in a 13th edition, An Introduction to Fiction, and Literature (these now co-authored with Dana Gioia); The Bedford Reader (with Dorothy M. Kennedy and Jane Aaron), and The Bedford Guide for College Writers (with Dorothy M. Kennedy, Sylvia Holladay, and Marcia F. Muth).

He and his wife, who live in Lexington, Massachusetts, have five grown children and six grandchildren.