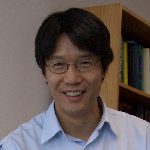 Wang is Professor of Neurobiology, Physics, and Psychology, Director of the Swartz Program in Theoretical Neurobiology, and member of the Kavli Institute for Neuroscience at Yale University. He received his Ph.D. in Physics from the University of Brussels in 1987, when he entered the then-nascent field of Theoretical and Computational Neuroscience.  He has held faculty positions at University of Pittsburgh and Brandeis University, and visiting faculty positions at MIT, École Normale Supérieure in Paris, and Tsinghua University in Beijing. Wang is an expert in the study of the brain mechanisms of decision-making. His group has developed neural circuit models of the prefrontal cortex, which is often called the “CEO of the brain." Their research led to the discovery of a specific neural circuit mechanism for decision-making and working memory; this finding can serve as a cornerstone and have broad implications for understanding the biological basis and computational principles of higher cognition. He has also done pioneering work on the neural mechanisms of brain rhythms and synchronization. His past recognitions include being named an Alfred P. Sloan Research Fellow and receiving a National Science Foundation CAREER Award.