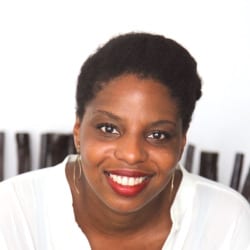 Zina Saro-Wiwa is a video artist and curator. She creates multi-channel video works but also documentaries, photos and sound pieces that explore what she terms emotional landscapes. She often explores highly personal experiences, carefully recording their choreography, making tangible the space between internal experience and outward performance as well as bringing cross-cultural and environmental/geographic considerations to bear on these articulations. The relationship between documentary and performance is a central concern in many of her pieces. The very idea of landscape and environment is constantly being interrogated both in her work and in the exhibitions she curates. Saro-Wiwa lives in Brooklyn, New York but also works in Niger Delta in Nigeria where she where she founded the contemporary art gallery Boys’ Quarters Project Space in the city of Port Harcourt. She has established a not-for-profit that uses contemporary art, food and crafts to re-imagine the Niger Delta and provide a template for art to regenerate regions blighted and defined by environmental degradation.

Born in the Niger Delta region of Nigeria and brought up in the UK, Saro-Wiwa began her career as a BBC journalist. Her first foray into the art world was in 2008 when her documentary This Is My Africa was shown at Stevenson Gallery in Cape Town. The film went on to be shown on HBO from 2010 to 2012 as well as film festivals, museums and galleries. In 2010 her career as an artist began in earnest in New York, when she was invited to curate her first ever contemporary art exhibition at SoHo’s, now disbanded, Location One Gallery. The group show – titled Sharon Stone in Abuja – was one that explored the narrative and visual conventions of the Nollywood film industry. In addition to curating the show, Saro-Wiwa created and contributed her first-ever installation pieces and experimental alt-Nollywood films. Since her New York debut Saro-Wiwa has made an Op-Doc for the New York Times; she has been commissioned by the Menil Collection and Seattle Art Museum and has had work shown at the Pulitzer Foundation, Moderna Museet in Stockholm, Stevenson Gallery, Goodman Gallery, Nikolaj Kunsthal, Tate Britain, Fowler Museum in LA, the Brooklyn Museum, The Walther Collection and many other institutions. She continues to show work around the globe and curates shows for her Boys’ Quarters Project Space gallery in Nigeria, the UK and beyond.

Her first ever solo museum show "Did You Know We Taught Them How To Dance?" went up at Blaffer Art Museum in Houston in 2015 and opened at Krannert Art Museum in Illinois in November 2016. Her recently published monograph for the show also titled "Did You Know We Taught Them How To Dance?" (Washington Press) is available at the Brooklyn Museum book store and Amazon.com. Her work has been written about and featured in Artsy, Art Forum, ArtSlant, Art in America, Juxtapoz, AnOther Magazine, African Art Magazine, Wall Street Journal, the New York Times and the Financial Times amongst other outlets and publications. Saro-Wiwa is one of Foreign Policy Magazine’s Global Thinkers of 2016/2017. She is Artist-in-Residence at Pratt Institute, Brooklyn 2016-2017.