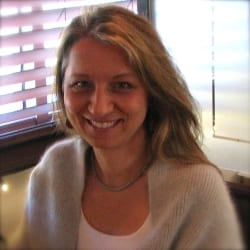 Zsuzsanna Gulacsi is Professor of Asian Religious Art in the Department of Comparative Cultural Studies at Northern Arizona University, Flagstaff. Her primary subject of research has been Manichaean art, including the canonical paintings of the prophet Mani collected in his Book of Pictures, as well as Manichaean codicology and iconography, about which she has published three books and dozens of articles. Dr. Gulacsi identified the earliest Manichaean work of art known today—a rock crystal sealstone of Mani (274/277 CE), and one of the last surviving Manichaean works of art from 12th/13th-century southern China—a Chinese Manichaean silk painting with an Icon of Jesus. The latter identification led to the recognition that fragments of Jesus images are also preserved in Uygur Manichaean manuscript illumination, one of which turned out to be a Diatessaronic narration of Jesus’ life. Her introduction of digital imaging technology to research on the highly fragmentary remains of Uygur Manichaean art yielded the first digital restorations of paintings from 9th/10th century Kocho in order to bring out the preserved, but otherwise hard-to-see, iconographic content.

Over the past fifteen years, Dr. Gulacsi has taught Central Asian art history, Silk Road Studies, Buddhist art, and Islamic art also at Sophia University in Tokyo and the Sorbonne University in Paris. Her research has been supported by grants from the Soros Foundation, the Japan Society for the Promotion of Scholarship, the American Council of Learned Societies, American Philosophical Society, and the National Humanities Center.

The Guggenheim Fellowship will enable Dr. Gulacsi to launch a comparative project on the didactic application of art in both multi-ethnic “missionary” religions (Buddhism, Manichaeism, Christianity, and Islam) and ethnically based “non-missionary” religions (Judaism, Jainism, Mandaeism, Taoism) that co-existed historically in multi-cultural locales along the Silk Routes in Mesopotamia, West Central Asia, Ghandhara, Northwest India, East Central Asia, and southern China. In four thematically and geo-culturally defined case studies on (1) Visual Canons, and images of (2) Prophetology, (3) Soteriology, and (4) Cosmology, her study utilizes visual, textual, and archeological sources to reveal the development and exchanges of artistic forms, techniques of teaching, and religious practices designed for doctrinal instruction.