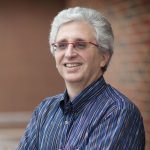 I grew up in Jerusalem, and after graduating from Tel Aviv University in 1985 earned a Ph.D. at UC Berkeley in 1992. I am broadly interested in the theory and practice of writing history displayed in particular in the topics of memory, culture, and nationhood. My work has often taken modern German history as a point of departure, yet has consistently cast its net wider. As a historian, I have sought to reach in my work the edges of the historical discipline, those areas of research and theory where the historical method meets ethnography, literature, anthropology, and cultural studies. In my writing over the years, I have sought to craft a narrative weaving together storytelling with critical analysis. But in recent years I have been particularly interested in probing into different possibilities of historical narration.

I am the author of The Nation As a Local Metaphor: Württemberg, Imperial Germany, and National Memory, 1871-1918 (1997) and Germany As a Culture of Remembrance: Promises and Limits of Writing History (2006). In the last few years I worked on the Holocaust and the result is Foundational Pasts: The Holocaust As Historical Understanding (Cambridge UP, 2011) and the Guggenheim project A World Without Jews: Nazi Germany, Representations of the Past, and the Holocaust. This is a cultural study of Nazi ideas of time as represented in the prosecution and extermination of the Jews, showing how the Nazis attempted to set themselves free from the symbolic historical power they assigned to the Jews and to replace them with their own civilization. It specifically addresses how Nazis and other Germans constructed the image of the Jew as a new register of historic time that linked notions of origins embedded in the ideas of race, Christianity, nationhood, and history. The progressive removal of Jews from German society, I argue, meant for the Nazis and other Germans the conquering of time and of history—of modernity and the present in 1933 through their exclusion from German society; of the past in 1938 through the elimination in the Night of Broken Glass, of Judaism and the Bible; and ultimately of history, and therefore of the future, in 1941 through extermination. Ultimately, it explores the German memories in the Third Reich that underlie the persecution and extermination of the Jews, making them conceivable and imaginable.

With an eye to the future, I am also working now on forced migrations in the 1940s in central and eastern Europe, India/Pakistan, and Palestine/Israel, concentrating on issues of local history, memory, and human rights. My focus, and my heart, lies in the history of Palestine in 1948.

I am the recipient of grants from, among others, the Fulbright, Humboldt, and Lady Davis foundations, the Institute of Advanced Studies at the Hebrew University, the Social Science Research Council, the Israel Academy of Sciences, and the Center for Advanced Holocaust Studies at the Holocaust Memorial Museum in Washington.