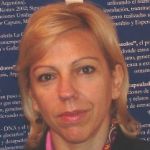 Andrea Juan works with photography, digital video, graphic art, and installations. Since 2004 she has carried out performances and video installations in Antarctica based on scientist investigations related to climate changes; her Guggenheim Fellowship supports this work. In 2007 she received the Canadian Studies Faculties Research Program grant.

She curated the Polar South, Art in Antarctica exhibition at the Museum of the National University of Tres de Febrero, Buenos Aires, as well as the Antarctica Project (2006) and Getting Over (2004).