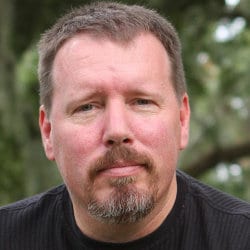 Brian Turner’s latest book, My Life as a Foreign Country: A Memoir (W.W. Norton & Co. US 2014; Jonathan Cape/Random House UK 2014) has been called “Achingly, disturbingly, shockingly beautiful” by Nick Flynn and “a humane, heartbreaking, and expertly crafted work of literature” by Tim O’Brien. A Dutch edition was published in 2015 and an Italian edition is forthcoming in 2017. His two collections of poetry: Here, Bullet (Alice James Books, 2005; Bloodaxe Books, 2007) and Phantom Noise (Alice James Books 2010; Bloodaxe Books 2010) have also been published in Sweden by Oppenheim forlag and Poland by Galeria Literacka. His poems have also been published and translated into Arabic, Chinese, Dutch, French, German, Hebrew, Italian, Serbo-Croatian, and Spanish.

His poetry and essays have been published in the New York Times, National Geographic, Poetry Daily, Virginia Quarterly Review, Georgia Review, and other journals. Turner was featured in the documentary film Operation Homecoming: Writing the Wartime Experience, which was nominated for an Academy Award. He received a USA Hillcrest Fellowship in Literature, an NEA Literature Fellowship in Poetry, the Amy Lowell Traveling Fellowship, a US-Japan Friendship Commission Fellowship, the Poets’ Prize, and a Fellowship from the Lannan Foundation. His most recent book of poetry, Phantom Noise, was short-listed for the T.S. Eliot Prize in England in 2011. His work has appeared on National Public Radio, the BBC, Newshour with Jim Lehrer, Here and Now, and on Weekend America, among others.

Turner earned an MFA from the University of Oregon before serving for seven years in the US Army. He was an infantry team leader for a year in Iraq with the 3rd Stryker Brigade Combat Team, 2nd Infantry Division. Prior to that, he deployed to Bosnia-Herzegovina with the 10th Mountain Division (1999-2000).

As well as an infantryman, Brian has worked as a machinist, a locksmith’s assistant, a convenience store clerk, a pickler, a maker of circuit boards, a dishwasher, an EFL teacher in South Korea, a low voltage electrician, a wide variety of day labor jobs, and as a radio DJ.
Another of his ongoing passions is music; Turner was the bass guitarist for Fresno-based bands The Dead Guys, Chrome Grandma & the Shakes, and The Dead Quimbys. His recent musical collaborations and compositions include a concept album to complement an ongoing book-length poetry project.

Composer Shawn Crouch set Turner’s poetry to music, which was recorded by Chanticleer as “Gardens of Paradise” on their album Best of Chanticleer (Warner Classics, 2010). Other composers who have taken up Turner’s work and woven it into their own pieces include Jake Runestad and Rob Deemer—with performances by Vocal Essence, the Louisiana Philharmonic Orchestra, the Dayton Philharmonic Orchestra, the Manitoba Singers, and at Carnegie Hall (November 2016) with the Park Avenue Symphony Orchestra and Choir.

Turner co-edited The Strangest of Theatres: Poets Writing Across Borders (McSweeney’s, 2013) for The Poetry Foundation. He serves as a contributing editor at The Normal School, and he curates an ongoing series for Guernica Daily called “The Kiss”. He also founded and directs the MFA in creative writing program at SNC Tahoe, which emphasizes writing in fiction, poetry, creative nonfiction, and writing for children and young adults.

Brian is married to poet Ilyse Kusnetz. They live in Orlando, Florida.