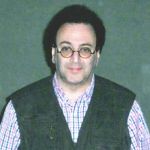 Carlin Romano, Critic-at-Large of The Chronicle of Higher Education and Literary Critic of The Philadelphia Inquirer for twenty-five years (1984–2009), is Professor of Philosophy and Humanities at Ursinus College. A former President of The National Book Critics Circle, Romano is the author of America the Philosophical (Alfred A. Knopf, 2012), a 672-page study of philosophy in American life. The New York Times Book Review, in a front-page review, described it as both “ambitious" and "convincing," "an encyclopedic survey of the life of the mind in the United States.” Romano is also the editor of, and a contributor to, Philadelphia Noir (2010), a collection of short stories in the Akashic Books noir series.

Over the years, Romano’s criticism has appeared in the Nation, New Yorker,  New York Times, Times Literary Supplement, Wall Street Journal, American Scholar, Harper’s, Slate, Salon, Tikkun, Book Forum, Weekly Standard, Die Welt, Vienna Review of Books, and many other national and international publications. As a newspaper reporter he worked at The Washington Post and New York Daily News before joining the Inquirer, and has also served as Critic-at-Large of Lingua Franca and literary columnist at The Village Voice. He was one of three finalists, along with Frank Rich of The New York Times and Joseph Morgenstern of The Wall Street Journal, for the 2005 Pulitzer Prize in Criticism, cited by the Pulitzer Board ”for bringing new vitality to the classic essay across a formidable array of topics."

In his academic life, Romano has taught philosophy at Yale, the University of Pennsylvania, Yeshiva University, Williams College, Bennington College, Temple University, and St. Petersburg State University and Herzen University in Russia, where he was a Fulbright professor. He has been a Shorenstein Fellow at Harvard, a Freedom Forum and NAJP Senior Fellow at Columbia, a McCloy Fellow and Fulbright Scholar to Germany, a Templeton Fellow at the University of Cambridge, a Milena Jesenska Fellow at the Institut fur die Wissenschaften vom Menschen in Vienna, an FDD Fellow at Tel Aviv University, and the first Eisenhower Fellow from the United States to Israel. He is a three-time winner of a Society of Professional Journalists "First Prize" in Criticism, and a recipient of the Commonwealth of Pennsylvania’s Distinguished Arts Criticism Award and Commonwealth Speaker award.

Romano was born in Brooklyn, New York, and earned his academic degrees at Princeton (philosophy), Yale (philosophy), and Columbia (law).