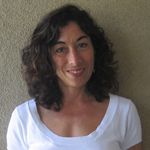 Carrie Noland is Professor of French and Comparative Literature at the University of California, Irvine.  Her central area of research is modernist poetry and poetics, but she has also published widely on phenomenology, the Frankfurt School, dance and performance studies, and postcolonial theory.  Her first book, Poetry at Stake: Lyric Aesthetics and the Challenge of Technology (Princeton UP, 1999), broke new ground by exploring the poetry of Rimbaud, Cendrars, and Char as well as the performance works of Patti Smith and Laurie Anderson through the lens of Theodor Adorno’s materialist critique of aesthetic autonomy.  Poetry at Stake initiated a cultural-studies approach to the study of poetry by redefining the relationship between subjective expression and mechanical reproduction, high art, and the world of commerce.

Subsequent publications focus on the use of audiotape (the cut-up) in French sound poetry, the gestural component of digital writing, and Kamau Brathwaite’s manipulation of computer fonts for poetic expression.  A conference Noland co-organized with the Language poet Barrett Watten led to the publication of a volume of essays, Diasporic Avant-Gardes (Palgrave, 2009).  The topic Noland treats in her introduction—whether avant-garde tactics can express diasporic experience—suggested the need for a book-length project, which she completed with the help of a grant from the ACLS-NEH in 2013.  Aesthetic Subjectivity: Negritude Voices in Modernist Print (forthcoming from Columbia UP) builds on the materialist poetics of Adorno to address racialization as a constitutive element of textual creation.

For over a decade, Noland has been involved in a series of interdisciplinary ventures that have enlarged the scope of her research.  In 1999, she was invited to join the Centre d’Étude de l’Écriture, a group of art historians, typographers, and archeologists studying the visual component of writing.  A follow-up Research Residency she convened at the UC Humanities Research Institute produced a collection of essays entitled Migrations of Gesture (Minnesota, 2007), co-edited with the anthropologist Sally Ann Ness.  These contacts with scholars in other disciplines inspired Noland’s most recent book, Agency and Embodiment (Harvard UP, 2009), which extends her work on textual poetics into the realm of corporeal poetics, or the act of making meaning with the body.  This last work, which combines dance theory with textual readings, led to the project she will be pursuing during her year as a Guggenheim Fellow.  In “After the Arbitrary: Merce Cunningham, Chance Operations, and The Human Situation on Stage,” Noland seeks to provide an in-depth study of Cunningham’s choreography in the context of his relations with other artists—Mallarmé, Duchamp, Cage, Joyce, and Jackson Mac Low—who also explore the poetics of chance composition.  She analyzes nine works in which Cunningham establishes a fecund and recursive relation between randomness and signification, the initial absurdity of the “given” and the recuperation of that “given” through acts of formal arrangement.  Based on archival work at the Westbeth Cunningham Archives, the Jerome Robbins Dance Collection, the John Cage Archive at Bard, and interviews with Cunningham dancers and collaborators, “After the Arbitrary” examines the philosophical implications of Cunningham’s practice—the practice of applying chance operations to human movement.  Her goal is to reveal the provocative—even political—edge of Cunningham’s procedures by showing that chance is a conduit to the virtual, the emergent, not-yet-semantic potential, or “remainder”  (Adorno) of the human.

As an adolescent, Carrie Noland studied at the Martha Graham Dance School in New York and has been for thirty years a devoted practitioner of Iyengar Yoga.