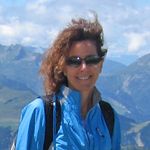 Catherine Chalmers holds a B.S. in Engineering from Stanford University and an M.F.A. in Painting from the Royal College of Art, London. She has exhibited around the world, at P.S.1, New York; MASS MoCA, North Adams; Corcoran Gallery of Art, Washington, D.C.; Yerba Buena Center for the Arts, San Francisco; Museum of Contemporary Photography, Chicago; Kunsthalle Basel; Kunthalle Vienna; and MoCA Taipei, among others. Her work has appeared in a variety of publications, including the New York Times, ArtNews, Artforum, Flash Art, Blind Spot, the Sunday Telegraph, London, the Independent on Sunday, London, Harper’s, and Discover, and has been featured on PBS, CNN, CBS, BBC, and NPR. She has published two books, Food Chain: Encounters between Mates, Predators, and Prey (Aperture 2000) and American Cockroach (Aperture, 2004). She lives and works in New York City.

I applied for the Guggenheim Fellowship in order to pursue my new project with leafcutter ants. In the past I raised the plants and animals featured in my work and filmed them in my studio, but for this project I am working with ants (both Atta colombica and Atta celephotes) in their native habitats in Central America. The leafcutter series is multimedia and will include video, photography, drawing, and sculpture. I am shooting the videos first because they are the heart of the project from which everything else radiates. There will be three works: We Rule, The Chosen, and Colonize the Earth.

Ants have eerie parallels, on many levels, to Homo sapiens, and this is one of the main reasons I am drawn to them as the focus of my work for the next several years. They inhabit nearly every ecosystem on Earth, are one of the dominant species in their habitats, and impact the grand structure of all other biological systems. They wage war, take slaves, raise and keep other animals for food, and are master chemists capable of making their own antibiotics. I am also drawn to their beauty, which is characterized by delicate legs, bulbous body parts, and spiny armor. A parade of leafcutter ants, carrying bits of leaves and flowers, looks like a colorful line drawing flickering across the forest floor.

But it is the leafcutter ant as a dominant species and rapacious defoliator from which this project takes its cue. Leafcutter ants are the principal herbivore in the tropical and semitropical regions where they live. They do not clear-cut rainforests quite like we do, but they can strip a tree in a single night, and repeat this night after night. At a time in history when humans are causing deforestation at an alarming rate, this insect provides rich and relevant opportunities for reflecting on our relationship to the environment.