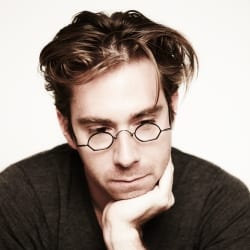 A leader in his generation of composer-performers, David Fulmer has garnered numerous international accolades for his bold compositional aesthetic combined with his thrilling performances. The success of his Violin Concerto at Lincoln Center in 2010 earned international attention and resulted in immediate engagement to perform the work with major orchestras and at festivals in the United Kingdom, Europe, North America, and Australia. Fulmer made his European debut performing and recording his concerto with the BBC Scottish Symphony Orchestra under the direction of Matthias Pintscher in 2011. That same year, Fulmer made his debut at Tanglewood appearing with the work. A surge of new commissions and recent performances include the Ensemble Intercontemporain, Berlin Philharmonic, Slovenian Philharmonic, Deutsche Kammerphilharmonie Bremen, ProMusica Chamber Orchestra, Carnegie Hall, Alte Oper Frankfurt, Salzburg Foundation, BMI Foundation, Concert Artists Guild, Washington Performing Arts, and the Fromm Music Foundation.

Fulmer was recently the recipient of both the Charles Ives Fellowship from the American Academy of Arts and Letters, and the Carlos Surinach Commissioning Award from BMI. He is the first American recipient of the Grand Prize of the International Edvard Grieg Competition for Composers. He has also received the ASCAP Morton Gould Young Composer Award, the BMI Composer Award, the Charles Ives Scholarship from the American Academy of Arts and Letters, a special citation from the Minister of Education of Brazil, the Hannah Komanoff Scholarship in Composition from The Juilliard School, and the highly coveted George Whitefield Chadwick Gold Medal from the New England Conservatory. Fulmer appears regularly and records often as conductor and violinist/violist with the premiere new music ensembles including the International Contemporary Ensemble, Talea Ensemble, Argento New Music Project, Speculum Musicae, the Group for Contemporary Music, and the New York New Music Ensemble. His large-scale, hour-long cycle for saxophone and ensemble was released last season on the Tzadik label, featuring Eliot Gattegno, and the Argento Ensemble with the composer as conductor. He has appeared recently on the Great Performers Series at Lincoln Center, The Chamber Music Society of Lincoln Center, and Live from Lincoln Center broadcasts. He received his doctorate from The Juilliard School.