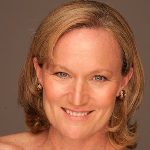 Diane Coburn Bruning is an award-winning choreographer who has worked with dance, theatre and opera companies throughout the U.S. and abroad.  She has received a Guggenheim Fellowship, a two-year fellowship from The National Endowment for the Arts, two fellowships New York Foundation for the Arts, the McKnight National Fellowship, Sundance Film Institute and support from Meet the Composer, Harkness Foundation, New York State Council for the Arts, The Carlisle Project, and a Helen Hayes Award nomination for Outstanding Choreography among others.

Among the companies Diane has worked with are Atlanta Ballet, Pacific Northwest Ballet, Pennsylvania Ballet, Boston Ballet, Juilliard Dance Ensemble, American Repertory Ballet, Milwaukee Ballet, Joffrey II, Nashville Ballet, Ballet Chicago, Ballet Memphis, Daghdha Dance (Ireland), Minnesota Ballet, Chautauqua Ballet, Woolly Mammoth Theatre, Studio Theatre, Pittsburgh Opera, Washington National Opera and Glimmerglass Opera among others. Vogue Television did a feature on her and Dance Magazine named her as one of “25 to Watch in 2003.” Her works appeared in the International Ballet Festival in Colombia, South American and her major work, Boots, was premiered near Berlin in 2010 for Ballett Magdeburg.  She founded Chamber Dance Project, dancers & musicians in New York in 2000 as a project-based company of dancers and musicians performing new and contemporary repertoire by Diane and other choreographers and composers in New York seasons and on tour.

Milwaukee Ballet performed her work, Ramblin’ Suite, which was originally created for The Atlanta Ballet with The Red Clay Ramblers playing live receiving standing ovations every night. She has done commercial work for Nickolodeon, Lord and Taylor, Lladro and others.  She is currently developing a short dance film and full-evening ballet based on the stories of Edgar Allan Poe. This year Diane has choreographed the musical Bloody Bloody Andrew Jackson for Studio Theatre and two productions for Woolly Mammoth Theatre in Washington D.C.  She has choreographed three operas at the Kennedy Center for the Washington National Opera; her work on Don Giovanni was seen in simulcast at Nationals Stadium. Diane plans to work again with director John Pascoe on Manon Lescaut next Spring at Kennedy Center.

Diane is a graduate of Butler University’s Jordan College of Arts, receiving their Alumni Achievement Award, and of New York University with a Masters in choreography. She studied composition privately with Bessie Schoenberg, music with Juli Nunlist and ballet with David Howard who also helped produce her early work.  Diane studied lighting and scenery on a post-graduate fellowship at Yale University School of Drama with renowned designers Jennifer Tipton and Ming Cho Lee. In addition to her work with professional companies, Diane has been in demand as a guest artist and teacher having worked in over twenty university dance departments including Juilliard, Tisch NYU and Butler University with residencies this year at Skidmore College, Elon University, University of Richmond and George Mason University. She was a teaching artist for Lincoln Center Institute and New York City Ballet. She directed the Craft of Choreography Conference in Seattle, helped found Pacifica Choreography Project, and has led choreographic workshops at the School of the Washington Ballet and many colleges.

Diane is a member of AGMA and associate member of SDC. Follow this link for more information and media materials on Diane’s work.