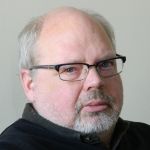 The Society for Cinema and Media Studies stated, when conferring the Award of Distinction in the Anne Friedberg Innovative Scholarship on Donald Crafton’s Shadow of a Mouse: Performance, Belief, and World-Making in Animation (2013), that “This study takes us on a deep and provocative journey through cinematic animation through the concept of ‘animation performativity.’ Blending insights from film theory, film history, and performance studies, Crafton opens up intriguing new perspectives on animation (particularly the 1930s work of the Disney studio) and interrogates issues of audiovisual style, embodiment, affect, politics, and production. Written in probing, thorough, and consistently witty prose, this book will transform the study of animation, and offers substantial theoretical challenges to media studies more broadly.”

Crafton holds the first endowed professorship in film studies at the University of Notre Dame, in the Department of Film, Television, and Theatre. He received his doctorate in history of art from Yale University in 1977.  He taught at Yale and the University of Wisconsin before arriving at Notre Dame in 1997.

As an archives administrator, Crafton was the founding director of the Yale Film Study Center (1982–1986) and directed the Wisconsin Center for Film and Theatre Research (1987–1994).  He has been the chairperson of the Department of Film, Television, and Theatre and also chaired the Department of Music at Notre Dame. He served in 2012–2013 as the interim director of the Nanovic Institute for European Studies.

Crafton teaches a variety of courses in media history, criticism, and theory. His previous research was published in The Talkies: American Cinema’s Transition to Sound, 1926–1931 (1999), an expansive treatment of the cultural and industrial history of this decisive period; Emile Cohl, Caricature, and Film (1990), a monograph on the French cinema pioneer and inventor of animation cinema; and Before Mickey: The Animated Film, 1898–1928 (1982, revised 1993), which was the first survey of animation in the silent cinema.

His most recent articles include “McCay and Keaton: Colligating, Conjecturing, and Conjuring,” Film History (Fall 2013); “The Making and Re-Making of Gertie (1914)” (co-authored with David Nathan), Animation: An Interdisciplinary Journal (March 2013); “Finding His Voice: Technologie und die entkörperlichte Stimme im frühen Tonfilm,” a chapter in Oksana Bulgakowa (ed.), Resonanz-Räume: Die Stimme und die Medien (Berlin, 2012); and “The Veiled Genealogies of Animation and Cinema,” in Animation: An Interdisciplinary Journal (July 2011). He is co-general editor of The Moving Image, the journal of the Association of Moving Image Archivists.

Crafton has won awards for his scholarship from the Jean Vigo Institute (France) and the International Animation Festival in Zagreb.  In 2001, the Academy of Motion Picture Arts and Sciences named him an inaugural Academy Film Scholar.  He has received major fellowships, including two from the National Endowment for the Humanities.  He was the 2007 recipient of the University of Notre Dame’s Presidential Award