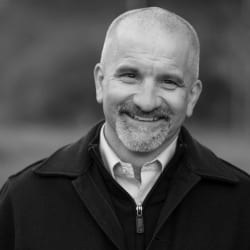 Edward Wright-Rios is a historian specializing in modern Mexico. In particular, his research and scholarship centers on the cultural complexities linked to religion in this very diverse nation’s past. Therefore, he pays very close attention to ethnicity, gender, modernity, national identity, performative expression, and the array of representational issues that come together as Mexican men and women practice religion in evolving political and social contexts and debate what it meant to be religious, pious, fanatical, modern, and Mexican. Prior to being awarded a Guggenheim Fellowship in 2018, his research has been supported Fulbright Foundation, the Center for U.S.-Mexican Studies, the University of California Institute for Mexico and the United States, and Vanderbilt’s Center for the Americas and the Division for Sponsored Research. He was also awarded the Charles A. Ryskamp Fellowship administered by the American Council of Learned Societies in 2011.

Professor Wright-Rios, however, came to academia after a series of experiences that continue to shape his approach to scholarship. Initially he studied forestry at the University of Illinois (B.S. 1987). Simultaneously interested in history, politics, and development, he joined the Peace Corps and became an extensionist assigned to the Honduran Electric Company’s division of watershed management. For two years he lived in San Rafael, Lempira working with peasant cooperatives, schools, and women’s groups on soil conservation, reforestation, and fruit tree grafting. Subsequently, Wright-Rios taught for six years in dropout prevention and bilingual education in Seattle Public Schools. In 1996, he returned to graduate school, earning an M.A. in Latin American Studies at Vanderbilt (1998), a Ph.D. in history at the University of California, San Diego (2004).

His book Revolutions in Mexican Catholicism: Reform and Revelation in Oaxaca, 1887-1934, (Duke University Press, 2009) juxtaposes the “top-down” ecclesiastical attempts to foment fervor, modernize ritual, and discipline practice with female-led, indigenous movements grounded in local claims of miraculous, visionary experience. In his analysis, Wright-Rios stresses the networks of relationships surrounding devotional practice, the gendered subtleties of religiosity, and the ethnic and cultural interactions enmeshing priests and laypeople amid modernization. Revolutions won the 2010 Murdo J. MacLeod Prize of the Latin American and Caribbean Section of the Southern Historical Association. It also won the 2010 Latin American Studies Association (LASA), Mexico Section, Social Science Book Prize. In 2014, Professor Wright-Rios published a new book that scrutinizes the historical legacy of an apocryphal prophetess and her visions concerning Mexico’s tumultuous history. Entitled Searching for Madre Matiana: Prophecy and Popular Culture in Modern Mexico (University of New Mexico Press). In a sense the book documents a historical game of telephone, following a series of devotees, satirists, activists, artists, and reformers who made use of prophetess and her visions, as well as prevailing ideas interweaving notions of cultural authenticity, femininity, and fanaticism. Therefore, it delves deeply into gendered debates surrounding national identity and the nature of popular culture from the 1840s to the 1960s.

Professor Wright-Rios’s current project, which has earned him a place among this year’s Guggenheim Fellows, is titled Devotion in Motion: Pilgrimage in Modern Mexico. It is an ambitious study of the remarkable growth and transformation of pilgrimage in Mexico from the 1940s to the present. Although anchored in historical research, Wright-Rios has also embraced interviewing and participant observation. In 2016, he joined a group of pilgrims based in Oaxaca City’s main public market on their annual trek to Our Lady of Juquila’s shrine (approximately 120 miles over six days). Working closely with a professional photographer (Mike DuBose, United Methodist News Service), Professor Wright-Rios promises a book aimed at both academic audiences and the wider public. Not only offering historical analysis, Devotion in Motion contributes a rich visual testament to present-day pilgrimage practices and the dynamism of religiosity in Mexico. In addition, it examines how devotional “traditions” evolve as devotee expression colonizes digital social media.