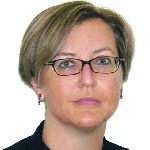 One of the world’s leading experts on late antique and medieval Coptic art, Elizabeth S. Bolman is the initiator and director of a wall-painting conservation project at the Red Monastery basilica, the principal part of the large monastic federation in Upper Egypt founded in the late fourth or fifth century CE and that was active into the medieval era. With her team of conservators, who are cleaning centuries of grime from the polychrome wall paintings, and scholars versed in history, art history, and architecture, as well as other relevant fields, she has established this church as the preeminent historical Christian monument in Egypt and won for both the Red Monastery and the White Monastery places on the World Monuments Watch List of 100 Most Endangered Sites. Her efforts earned her the College Art Association’s Heritage Preservation Award for Distinction in Scholarship and Preservation in 2008.

This project, which she has been working on since the 1990s, has received support from the United States Agency for International Development, the American Research Center in Egypt (ARCE) as well as Dumbarton Oaks, NEH, the J. William Fulbright Foundation, and Temple University. She has published numerous articles and book chapters on aspects of this project, including “Painted Skins: The Illusions and Realities of Architectural Polychromy, Sinai and Egypt,” in Approaching the Holy Mountain: Art and Liturgy at St. Catherine’s Monastery in the Sinai, ed. Sharon Gerstel and Robert Nelson (2010); “The Iconography of the Eucharist? Early Byzantine Painting, the Prothesis, and the Red Monastery,” in Anathemata Eortia: Studies in Honor of Thomas F. Mathews, ed. Joseph Alchermes et al. (2009); and “Transforming Perceptions of Coptic Culture” and “Chromatic Brilliance at the Red Monastery Church,” in Preserving Egypt’s Cultural Heritage: The Conservation Work of the American Research Center in Egypt 1995-2005, ed. Randi Danforth (ARCE, 2010); “The Red Monastery Conservation Project, 2004 Campaign: New Contributions to the Corpus of Late Antique Art,” in Interactions: Artistic Interchange Between the Eastern and Western Worlds in the Medieval Period, ed. Colum Hourihane (Princeton UP, 2007); and “Late Antique Aesthetics, Chromophobia, and the Red Monastery, Sohag, Egypt,” Eastern Christian Art, vol. 3 (2006). During her Guggenheim Fellowship term, she will be writing the introduction, conclusion, and five chapters of a multidisciplinary book on the monastery, to which members of her team will each be contributing chapters, entitled The Red Monastery Church: Magnificence and Asceticism in Upper Egypt.

Educated at Smith (B.A., 1983) and Bryn Mawr (M.A., 1992; Ph.D., 1997) colleges, Ms. Bolman had at first focused on the late antique period in Egypt, undertaking a dissertation on Egyptian Christian depictions of the nursing Virgin Mary in that period. While conducting research in Egypt, with Fellowship support from the Samuel H. Kress Foundation, ARCE, and Bryn Mawr, she learned about a project underway to conserve the thirteenth-century wall paintings in the Monastery of St. Antony, near the Red Sea. Her inquires about it resulted in an invitation to write a book about the monastery’s paintings and the conservation project, even though at the time she was still a doctoral student. The result was Monastic Visions: Wall Paintings in the Monastery of St. Antony at the Red Sea (Yale UP and ARCE, 2002). As with The Red Monastery Church, she was the editor and principal contributor but she also solicited chapters from specialists in a number of areas (Coptic language and Islamic art, for example). Both the Association of American University Presses and the Association of American Publishers recognized the importance of this work with awards in their Scholarly Illustrated and Arts categories, respectively. It was while working on this project that she first saw the church at the Red Monastery, which became her principal research focus going forward.

Elizabeth Bolman joined the faculty of Temple University’s Tyler School of Art in 2000 as an Assistant Professor in the Department of Art History; she is currently an Associate Professor there, and Associate Director of Graduate Studies. She has received a Provost’s Seed Grant for an exhibition on the Red and White Monasteries entitled Art and Salvation (2010), and has also received numerous merit and research awards from the university. Since 2004, she has also served as an Adjunct Associate Professor in the Department of the History of Art at the University of Pennsylvania.