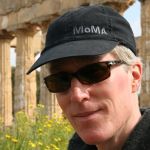 I am a professor of art at Williams College.  I teach graduate and undergraduate courses on Greek art and the history of art.  For the undergraduate college, I also teach the methodology of the history of art to majors in art history.  In my teaching and research, I focus on the intersection between Greek art and religion, poetry, narrative, and social history.  My work is concentrated in three more or less distinct areas:

My doctoral research, published as Silens in Attic Black-Figure Vase-Painting: Myth and Performance (University of Michigan Press, 1992), focussed on the iconography of satyrs (or silens) in Greek art.  I was drawn to a story of defiance and subordination that informs hundreds of pictorial representations of silens with their master Dionysos yet has no counterpart in Archaic Greek literature.  I also observed an unexpected mastery of choral song and dance, and surprising sexual restraint, exhibited by the bestial, anarchic silens.  In all of those ways, the seventh- and sixth-century visual imagery seemed to anticipate developments in Athenian theater documented only for the fifth century B.C.  Subsequently, I have focussed on artistic representations of Dionysiac myths in which ritual plays a significant role in the manner in which the stories are given visual form.  In them, ritual is a raw material out of which artists imagined a mythical Dionysiac world.  This is a new way of thinking about the relationship between ritual and myth.  I developed these ideas in a number of publications, including “The Return of Hephaistos, Dionysiac Processional Ritual, and the Creation of a Visual Narrative,” Journal of Hellenic Studies 124 (2004) and “Bild, Mythos, and Ritual: Choral Dance in Theseus’ Cretan Adventure on the François Vase,” Hesperia 80 (2011).  Most recently, I have investigated the relationship between Dionysiac visual imagery, religious festivals, and ancient conceptions of primitive life.  My article “Ambivalence, Athenian Dionysiac Vase-Imagery, and the Narrative of Human Social Evolution,” in Hermeneutik der Bilder: Beiträge zur Ikonographie und Interpretation griechischer Vasenmalerei (2009) discusses Dionysiac art, myth, and festival function in part, discursively, to explain why an imagined era of economic liberality and gender equality came to an end, by highlighting an ambivalent or anarchic side of primitive life.

The second area of my research is the more general problem of narration in the visual arts.  My initial interest was to develop a more productive model of the relationship between pictorial representation and narrative discourse in ancient Greece than the commonly applied model of direct dependence on literary narrative.  In Capturing Troy: The Narrative Function of Landscape in Archaic and Early Classical Greek Art (University of Michigan Press, 2002), I made the case for the independence of the visual artistic tradition from the literary accounts of the Trojan War, by revealing how the visual tradition developed its own narratives of particular events in the course of giving pictorial form to aspects of setting.  An unanticipated finding was that the visual tradition articulated a counter-Homeric narrative, in which the death of Achilles was a prerequisite for the capture of Troy.  I explored these ideas in  “The Trojan War, Theoxenia, and Aigina in Pindar’s Sixth Paian and the Aphaia Sculptures,” in Aegina: Contexts for Choral Lyric Poetry (2011) and in “Vase-Painting and Narrative Logic: The Death of Troilos in Greece and Etruria,” in Red-Figure Iconography in its Ancient Setting (2012).

The third area of research is reflected in such articles as “‘I Let Go My Force Just Touching Her Hair’: Male Sexuality in Athenian Vase-Paintings of Silens and Iambic Poetry,” Classical Antiquity 25 (2006), concerns the poetics of ancient iambos, their relation to ancient sympotic social practice, and the possible analogs for iambic discourse within contemporary visual art.   The project that I plan to complete as a Guggenheim Fellow, “The Iambic Artist in Greek Art, Iambic Poetry, and Homeric Epic,” grows out of this research on iambos.  In this project, I investigate the development of the image of the socially marginal, self-assertive, upwardly mobile artist within Archaic Greek art.  I argue that this point of view, first expressed pictorially in ambitious Athenian vase-painting of the sixth century B.C., is a self-consciously constructed persona intended to showcase the artists’ understanding of the conventions governing comic and creative discourse within the influential social arena of the symposium.  Like the sympotic poetry of Archilochos and Hipponax, which models itself, in turn, on Homeric characterizations of Odysseus and Hephaistos, vase-painting utilizes edgy subjects, such as physical deformity, social exclusion, lying, trickery, and sexuality for the sake of establishing the creative prowess of the artist.

I received my B.A. degree in Greek and Latin from Pomona College, and Ph.D. in Classical and Near Eastern Archaeology from Bryn Mawr College.  I am married to a classical archaeologist, and we have two teenage children. We have been fortunate to have had opportunities to live and work for four years in Athens, two years in Oxford, and one year in Rome.