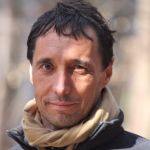 I received my Ph.D. in history from Yale University in 1992 and have been teaching ever since at Vanderbilt University, where in 2004 I was appointed the Martha Rivers Ingram Chair in History. In the past decade, I have also been very involved in broadly interdisciplinary and humanistic work, most recently as Director of the Robert Penn Warren Center for the Humanities and the Max Kade Center for European and German Studies.

My books range in topic but focus mainly on German history. They used to concentrate on the period 1870 to 1914, now they try to cover 1500 to the present. The long time span has meant that I have had to retrain myself to understand the early modern period, and to think about the continuities and discontinuities across what J.G. Fichte called the “axial age” of European history, and which historians now date as roughly 1750 to 1850.

I have written three single-authored books, and have edited or co-edited four works. My first book, German Nationalism and Religious Conflict: Culture, Politics, Ideology, 1870–1914 (Princeton, 1995), was a study of conflict between Protestants and Catholics in Imperial Germany, and the impact of this conflict on German nationalism. I argued that religious division led to competing conceptions of the nation, and that nationalism, typically thought of as a unifying ideology, as often divided Germans. My second book, The Butcher’s Tale: Murder and Anti-Semitism in a German Town (New York, 2002) was a crossover book aimed at students, scholars, and educated audiences. I asked why in 1900 the people of a German town believed that the Jews had murdered an eighteen-year-old Christian boy and used his blood for ritual purposes. With the aid of narrative criticism, historical reconstruction, sociology, and cultural anthropology, I argued that a symbolic reversal lay at the heart of an allegation whose origins date back to the rise of eucharistic devotion in the twelfth century, and that the ritual murder accusation in 1900 and the violence it called forth was a form of historical reenactment. A third book is entitled The Continuities of German History: Nation, Religion, and Race across the Long Nineteenth Century, and in its German translation, Fluchtpunkt 1941 (Vanishing Point 1941). Historians of Germany have in the past taken 1933, the year of Hitler’s seizure of power, as the structuring moment of the field; increasingly, however, new scholarship focuses on explaining 1941, the beginning of genocide. The argument of the book is that the new vanishing point, in the painterly sense of the term, has come to structure the field in different ways, foregrounding questions of nationalism, race, imperialism, and complicity in crime where once historians debated the historical origins of the failure of liberal democracy and the allure of dictatorship. The book attempts to draw out some of the implications of this altered “vanishing point.” Finally, of the edited works, the Oxford Handbook of Modern German History, an 800-page work of synthesis involving thirty-three contributors, is the most recent and ambitious. An attempt to narrate German history from 1750 to the present in a denser transnational frame than has until now been the case, the Oxford Handbook is not quite “Germany and the world,” nor does it suggest the dissolution of the nation as a framework for inquiry. Rather, it is a national history explicated by an international team of scholars that emphasizes Germany’s convergence with the histories of other nations.

In the past, my research has been supported by grants from the Volkswagen Foundation, German Academic Exchange Service, NEH, and Alexander von Humboldt Foundation, and by a Berlin Prize Fellowship from the American Academy in Berlin. During the year supported by the Guggenheim Fellowship, I will be finishing a book tentatively entitled Finding Germany: A History of Discovery and Salvage, 1500 to 2000, forthcoming with W. W. Norton in the United States and C. H. Beck in Germany. The book is about how Germany has been seen, described, experienced, and thought about—before, during, and after nationalism.