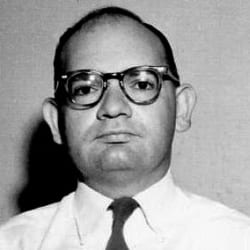 I was born on November 25, 1923, in New York City, to orthodox Jewish parents who had immigrated from Rumania in 1909. I was educated in New York public schools and simultaneously received an intensive Jewish education in the family and in Hebrew schools of various sorts.

Having completed my secondary education, I was enrolled in Brooklyn College, where I earned my B.A. and M.A. degrees in psychology, with a strong growing interest in philosophy. I then continued my Jewish studies at the Teachers Institute of Yeshiva University and the Jewish Theological Seminary of America, where I received an M.H.L. upon completing the Rabbinical School program there, and a D.H.L. (hon.) thereafter.

During the latter several years, I also attended graduate classes under Professor Ernest Nagel at Columbia, and classes under Professors Alexandre Koyre, Marcel Barzin, and Sidney Hook at the New School for Social Research. Having married in 1949 and moved with my wife, Rosalind, to Philadelphia that same year, I enrolled in the graduate program in philosophy at the University of Pennsylvania, where I looked forward to studying with the renowned Professor Nelson Goodman, who indeed became my advisor for the degree of Ph.D. in philosophy. I was awarded that degree in 1952, when I was appointed to the Harvard Faculty of Education, and later to the Faculty of Arts and Sciences as well, where I remained, in both faculties, until my retirement from teaching in 1992. Thereafter, I was co-founder, co-director, then Director of the Philosophy of Education Research Center at Harvard until its termination in 2003.

I want now to introduce myself to colleagues at the Guggenheim Foundation by presenting an overview of my philosophy, drawing their attention to its major themes and analyses as reflected in my writings during several decades.

Philosophy, unlike other subjects, does not divide sharply into sub-specialties, but permeates all its academic divisions. My own interests have ranged widely, from the interpretation of language to the theory of knowledge and the logic of science, to the understanding of education, and the import of pragmatism in the context of American thought. In all these varieties I have published a number of books and articles.

To give a more detailed account of my philosophical career, I will provide a brief look at some of my books, starting with Four Pragmatists (1974), which offers a critical but sympathetic account of the American thinkers C. S. Peirce, William James, George Herbert Mead, and John Dewey, who, as a group, exemplified the breadth of the movement, treating the symbolic character of the mind, the realm of psychology, social communication, and educational growth.

My various books on education have promoted the application of analytic philosophy to that field. Reason and Teaching (1973) treats rationality as one of the chief aims of education. Of Human Potential (1985) analyzes different conceptions of the development of students’ potentialities. In Praise of the Cognitive Emotions (1991) addresses the complex relations of human reason and the emotions, dwelling, in particular, on the cognitive significance of surprise. The Language of Education (1960) discusses definitions, slogans, and metaphors in educational use, analyzes the concept of teaching, and contrasts teaching with telling.

Certain general features of language are treated in Beyond the Letter (1979), which analyzes them inscriptionally (thus nominalistically) so as to avoid begging the question and other difficulties. The book proceeds to offer accounts of such wayward aspects of language as vagueness, ambiguity, and metaphor, continuing to employ inscriptional methods of interpretation. In Symbolic Worlds (1997), science, language, art, and ritual are given primary attention, characterized and distinguished in their respective symbolic functioning.

The theory of knowledge has been the focus of several of my books. Conditions of Knowledge (1965) is subtitled An introduction to epistemology and education, and deals with knowledge and teaching as well as truth, evidence, belief, and skill. The Anatomy of Inquiry (1963) offers an account of basic features of science, understanding science as explaining particulars by bringing them within the scope of appropriate general principles, such principles being explanatory only if intelligible, and scientific only if testable by experience. The book, accordingly, addresses central issues in the interpretation of explanation, cognitive significance, and confirmation.

In the course of its treatment, the book deals with deductive, statistical, and teleological explanation, criteria of significance of scientific terms, both dispositional and theoretical, pragmatism and varieties of fictionalism, confirmation and its paradoxes, induction and projectibility, and reflection on the justification of induction.

Science and Subjectivity (1967) offers a spirited defense of the ideal of objectivity in science, arguing against rising subjectivist trends emphasizing the theory-ladenness of observation, the variation of theory with meaning, and the historical relativity of scientific concepts. In opposing these trends, the book rebuts their central argument and upholds the importance of objectivity to scientific understanding and practice.

My most recent book, Worlds of Truth (2009), is subtitled A Philosophy of Knowledge, and, accordingly, offers an overview of my approaches to epistemology, to truth, and to metaphysics. The main part of the book is divided into three chapters, the first dealing with justification, the second with truth, and the third with worlds. The final part of the book treats themes that illustrate my agreement with classical pragmatism in its breadth of interests, its denial of certainty, and its connecting of theory and practice.

In the initial part of the book, I uphold an interactionist view of justification in opposition to a linear view anchoring justified beliefs to an initial base taken as, or decreed to be, certain. I adopt Tarski’s semantic conception of truth, separating it from certainty, verification, and fixity, while defending the notion of provisionality of truth. A sentence we estimate at a given time as true may thus be taken at a later time as untrue. But “true” and “taken to be true” are quite different predicates, the former being absolute or categorical, the latter being relative to time and purpose.

As to worlds, I reject monism, the view that there is exactly one world of objects independent of our wishes and wills, and I also reject irrealism, the view that there are no worlds independent of the plural world-versions that are constructed by us. (Monism is favored by the realist C. S. Peirce, irrealism by the pluralist Nelson Goodman.) Realistic monism is vulnerable to the fact that the scientific theories of one time are often uprooted at a later time. Many have assumed that with monism gone, realism must also be given up. Hence irrealism is a pluralism of versions rather than of objects independent of us. My own view is what I have called rather “plurealist,” that is, of a multiplicity of independent worlds we have not made but rather confront. The implication I find compelling is that we do not at any time inhabit one world but rather many, corresponding to the several sufficiently credible, if irreducible, versions taken, at a given time by us, to be true.