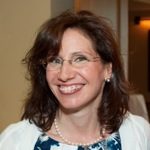 Jennifer S. Hirsch is Professor and Deputy Chair for Doctoral Studies in the Department of Sociomedical Sciences at Columbia University’s Mailman School of Public Health in New York City. A medical anthropologist, her research agenda spans four intertwined domains:  the anthropology of love;  gender, sexuality and migration; the application of this research on gender, sexuality and migration to analyze and explain sexual, reproductive, and HIV risk practices; and the intersections between anthropology and public health. She began thinking about these questions as an undergraduate at Princeton (1988), where courses in the social history of gender and sexuality and the political history of Latin America were complemented by feminist activism on campus and an off-campus stint as a community organizer for the United Farm Workers. After graduating she explored first-hand the intersections between gender inequality and the regulation of sexuality and reproduction, working for a year as a volunteer in the Fundación Mexicana Para La Planeación Familiar’s “Gente Joven” sex education.  Her interest in sex education as part of the cultural framework shaping sexuality led to her first academic publication, “Between the Missionaries’ Position and the Missionary Position: Mexican Dirty Jokes and the Public (Sub)Version of Sexuality” analyzing a particular Mexican form of popular sexual jokes (albures).  Her work since that time has continued to explore the interplay between reproductive health and the social and cultural contexts of gender and sexuality.

Hirsch did her doctoral work at Johns Hopkins University (’98), completing a joint Ph.D. in Population Dynamics and Anthropology with support from numerous sources, including the Demographic and Behavioral Sciences Branch of the Eunice Kennedy Shriver National Institute of Child Health and Human Development, the National Science Foundation, and the Social Science Research Council. Her dissertation research, a comparative ethnographic study of gender, sexuality, and reproductive health among Mexican women in Atlanta and their sisters and sisters-in-law in rural Western Mexico, laid the groundwork for her subsequent pioneering contributions to the anthropology of love.  A Courtship After Marriage: Sexuality and Love in Mexican Transnational Families, published by the University of California press in 2003, explored the notions of companionate marriage and the transformations of sexual intimacy and fertility regulation that she observed in her research in Georgia and Jalisco.

First at Emory’s Rollins School of Public Health (1998-2004) and then later after joining the Department of Sociomedical Sciences, Hirsch has examined the causes and consequences of this increasingly widespread companionate ideal.  As co-editor of two volumes, Modern Loves (2006) and Love and Globalization (2008), she has written both about how people interpret and strategically employ ideologies of modern love as well as about the public health implications of these emerging ideologies.  Because the men and women who shared this new form of modern love put great value on condomless marital sex as a performance of mutual trust, her findings have posed the ironic possibility that in some ways these new notions of love might exacerbate women’s risk of marital HIV infection.

Mexican women were hardly singular in facing the risk of marital HIV infection: for many women around the world, marital sex represents their greatest risk of HIV infection.  Responding to growing policy concern that marital sex might not actually be safe sex, as well as to the striking resonances (and differences) in terms of how these notions of companionate intimacy were deployed across the varied social terrain articulated in Modern Loves, Hirsch subsequently worked with  four other anthropologists (Daniel J. Smith, Holly Wardlow, Harriet Phinney, and Shanti Parikh) and a sociologist (Constance Nathanson) to develop and carry out comparative research looking at  the relation of these changing ideas about love and marriage to marital and extramarital sexuality. The Love, Marriage, and HIV team’s work led to the recent co-authored volume, The Secret: Love, Marriage and HIV, which was selected as a CHOICE Outstanding Academic Title in 2010. The volume frames men’s extramarital relations as a central element of social organization rather than evidence of social breakdown and calls attention to the social structures that facilitate and enable those extramarital relations.

Looking back, Hirsch’s work to date has moved through a broad intellectual arc.  Early on, as a graduate student and young Assistant Professor, the driving questions of her work focused on how culture—marital ideologies, cultural constructions of gender and sexuality, and so on—shapes reproductive health practices. At that time, this represented an important contribution to population studies, where culture was measured by language spoken at home, gender was a binary variable, and sex was primarily conceived of as "exposure to the risk of conception." Hirsch’s research highlighted the importance of local moral worlds and structural constraints in shaping embodied practices.  The nuance and innovation of that work in public health has been driven by ongoing engagement with colleagues in anthropology about a more abstract set of questions related to globally-echoing ideologies of companionate marriage.  The theoretical lens Hirsch brings to those questions has both shifted and expanded, from that early (now, from this vantage point, narrowly "culturological") focus on ideology to an approach that emphasizes the integration of culture, political economy, and individual agency. The Secret, for example, frames men’s participation in extramarital sexual relations as a fundamental aspect of social organization in the societies in which they worked, a practice every bit as critical as marriage to the successful realization of many men’s life projects. The notion of "extramarital opportunity structures," one of the particular contributions put forward in that volume, calls attention to the specific social processes through which macro-level aspects of social and economic organization (the gendered division of labor, global patterns of labor migration) constrain and shape individual practices.

Some of Hirsch’s prior work has noted briefly how the economic notion of externalities can render visible the connections between married women’s HIV risk in rural Mexico and the organization of production and consumption in the United States.  In the project Hirsch will complete as a Guggenheim Fellow, she intends to explore this idea further, analyzing the connections between gender, sexuality, and intimacy in rural Mexico and the changing consumption practices of middle-class American families, as well as in relation to Mexican men’s peer networks, migrant communities, and the U.S. labor market’s reliance on low-cost immigrant labor.