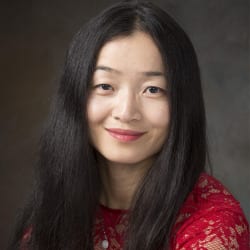 Eight years ago, Jing Tsu came across an 1897 user’s manual for the first Chinese-language typewriter. Little did she anticipate the long detour that would bring her to write a book about how the Chinese script survived, and thrived, against all odds in a modern technological age that has been dominated by the western alphabet. It was one of those heart-wrenching, hand-wringing global histories waiting to be excavated, ascertained, and fleshed out. Inventors and charlatans, Chinese and westerners, vied to overcome a major challenge of the 20th century: how to make the Chinese script modern? So began Tsu’s pivot from being a literary scholar to a cultural historian of science and technology, as she re-trained herself under the auspices of a New Directions Fellowship in 2011 from the Andrew. W Mellon Foundation, and during subsequent appointments at the Center for Advanced Study in the Behavioral Sciences at Stanford (2011-2012) and the Institute for Advanced Study at Princeton (2014). During her Guggenheim year, Tsu will complete writing her book: China Off Script: Language Wars and the Rise of the Underdog to Global Power.

Those who have known her work would not be surprised by this latest foray. Tsu’s research spans literature, linguistics, science and technology, theories of urbanization, migration & diaspora, nationalism, and Asia America. She has written two books, co-edited two volumes, and published dozens of articles. Her first book, Failure, Nationalism, and Literature: The Making of Modern Chinese Identity, 1895-1937 (Stanford University Press 2005), was greeted by critics as “bold,” “original,” “a provocative and innovative book that opens up new critical spaces,” and “a seriously good read.” Her second book, Sound and Script in Chinese Diaspora (Harvard University Press 2010), has been widely recognized as “a truly groundbreaking work in Sinophone studies,” “an unusual, complex, and remarkable book,” “a captivating work of linguistic and literary scholarship,” and a “must-read.” It is currently being translated into Chinese.